Centre for Science and Environment’s (CSE) latest analysis on food labelling has called for a law on front-of-pack labelling that can inform the Indian consumer about unhealthy packaged junk foods in a simple and effective way. The analysis has been published in the latest issue of Down To Earth.

“Countries are working to find ways to nudge consumers into healthy food choices and to contain the growing crisis of obesity and diet-related non-communicable diseases such as diabetes, hypertension and heart ailments. It is a crisis that increasingly impacts children and also worsens the Covid-19 symptoms,” says Sunita Narain, director general, CSE and editor of Down To Earth.

“Front-of-pack labelling is definitely an effective tool in this effort. The current nutrition information on the food pack only helps the industry to keep consumers confused and does not let them know about how bad their food is,” adds Narain.

The analysis systematically presents how after seven years, four committees and two draft regulations, India still does not have the much-needed front-of-pack labelling law to ‘warn’ consumers about harmful levels of fat, salt and sugar hiding in ultra-processed junk foods.

“CSE was part of the FSSAI (Food Safety and Standards Authority of India) constituted committee that first proposed front-of-pack labelling in India in 2014. Ever since, the packaged junk food industry is pushing hard to delay it and make it weak,” says Amit Khurana, director, food safety and toxins programme at CSE and lead author of the analysis.

Khurana said that while the lobbying by powerful industries is not surprising, the real concern is that the FSSAI has been hesitant to take a strong stand to protect the interest of consumers and public health.

“We also opposed the last-minute FSSAI proposal of including ‘positive nutrients’ in the label. We are certain that it will only give industry a chance to claim its bad food as good food and mislead the consumer. These recent consultations were like one-step forward and two-steps backwards. We are far behind where we were in 2018 and we do not know which way it will go,” he said.

“If the government is serious about fighting obesity and diet-related NCD epidemic, then it should soon make a law to make front-of-pack labelling mandatory. It should opt for symbol-based ‘warning’ label. FSSAI has experience of logos that depict vegetarian and non-vegetarian food and is aware how successful and effective such a label can be,” says Narain.

The CSE analysis recommends that in addition to calories, nutrients which are most useful for consumers to know should be displayed. These include salt, total sugar and total fat (in addition to saturated fat, if not instead of them). The thresholds proposed by FSSAI in its 2018 draft should be adopted and if new thresholds are developed, they should be in line with best practices from the world. These limits should be set in the interest of consumers and not as per convenience of the industry. 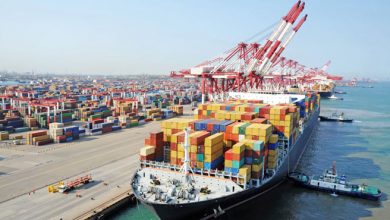 India achieves its Highest Ever Merchandise Exports of $417.8 billion

Startups get their audience at TiE open mic pitch

A step forward but a missed opportunity