Jaipur: Chief Minister Ashok Gehlot said, “Our government’s main agenda is to deliver better public services and maintain good governance. We will not tolerate any lapses in providing sensitive, transparent and responsive governance. Video conferencing will be held with district collectors and other district level officers every month to monitor ground level progress of public services delivery.”

He was addressing district collectors through Video Conferencing at Chief Minister’s office. Public service delivery will be one of the main parameters to evaluate the working of collectors. How sensitively they worked to provide relief to common man will be mentioned in their annual confidential report, he said.

While giving strong message to officers Gehlot said collectors are the face of government at district level. They should work with sensitivity and the spirit of good governance. During the video conference he also reviewed issues related to Jansunvai at CM House, Palanhaar Scheme, Chief Minister Free Medicine Scheme, Social Security Pension Scheme, Food Security, status of issuance of economically weaker section (EWS) certificates and other issues related to common man.

He said state government was making all efforts so that people need not have to travel to the capital regarding problems that could be resolved at district level. If such matters come to his notice then strict action will be initiated against the responsible officer, he added.

He directed district collectors to send report to the Chief Secretary regarding the working of their subordinate officers. Appropriate action will be taken at the Chief Minister’s level after discussing the report with Chief Secretary, Secretary department of personnel and Secretary administrative reforms.

Chief Minister asked officials to set up a cell at chief minister’s office to ascertain better service delivery of the public dealing departments. This cell will monitor about the number of complaints related to Jansunvai and public service delivery.

He also asked officials to remove the compulsion of personal appearance of beneficiary before officer to get benefit of social security pension scheme. He said people who get benefit of social security schemes are generally disabled, old aged or having ailments and such people are unable to appear personally. He directed to start a campaign to provide relief to such persons and complete the task till December 31 with the help of Patwaris and Gram Sevaks. He said there were many complaints about e-Mitra centres charging excess fee for services they provide. He directed to ascertain similar rates for various services.

He asked collectors and other district level officers to be present during the Jansunvai conducted by Minister In-Charge in their districts. He also directed them to coordinate with Minister In-Charge and Secretary In-Charge, provide proper feedback to them so that appropriate decisions could be taken at government’s level.

During the review of the issuance of EWS certificates officials informed that after removal of provisions of immovable property from EWS reservation more than 1.33 lakh EWS certificates have been issued in the state. Gehlot was happy to know that youth are being benefitted from this historic decision of the Rajasthan government.

Chief Secretary D B Gupta asked district collectors to ascertain implementation of issues received during Jansunvai at CM House and issues listed on Rajasthan Sampark Portal. He said problems that could be resolved at the lower level should be resolved at local level and collectors should review the working of subordinate officers.

Latest technique to restore your smile 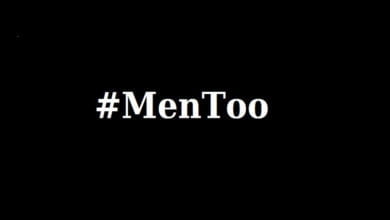