Haryana is in news for its decision to reserve 75 per cent of jobs for locals with salaries of up to Rs 50,000 a month. This has led to debate on centuries-old issue of reservation in jobs, and a specific question of whether the government must ask the private sector to implement the reservation policy for its jobs.

In a country, where too many people are chasing too few jobs, such decisions are not unusual. Some other states – such as Maharashtra, Andhra Pradesh, Karnataka and Madhya Pradesh – have earlier attempted to reserve private sector jobs for locals to tackle rising unemployment rate and dissatisfaction among its people.

Andhra Pradesh was the first Indian state to bring reservation in jobs in the private sector through the Andhra Pradesh Employment of Local Candidates in Industries/ Factories Bill, 2019, but it has hit a wall in the state’s high court, where certain people have challenged it calling it unconstitutional. Article 15 of the Constitution prohibits discrimination on grounds of religion, race, caste, sex or place of birth or residence. The Andhra Pradesh bill, which mandated that all industries provide 75 percent of jobs to the locals within three years of the law coming into force, violated this provision of the Constitution, many people argued.

Last year, Karnataka told the private sector to give preference to locals in jobs but the state has no mechanism to ascertain if the sector is following its orders or not. Madhya Pradesh has promised to bring a law to ensure 70 per cent jobs in the private sector are given to the locals.

Migration for livelihood is a reality in India. Skilled and unskilled labour force from under-developed states travel to greener pastures with the country every year. During the Covid-19 pandemic, we saw seas of humanity on the highways, trudging back home for lack of transport. The pandemic made them jobless and they had no means to sustain themselves and their families in places of residence. They had no option but to return home where at least they would have food to eat; and, if they got infected, they would be among their own people.

Every year, thousands of people migrate to big cities for work. The factories and construction sites are teeming with such people. Most of them are from marginalized social backgrounds and get lowly-paid, daily-wage jobs but some of them even get into industry and factories. They are the people who can’t find jobs in the public sector; the private or unorganized sector is their only place. If states reserve these jobs also, one wonders where this large workforce will go.

Some experts said the Haryana government’s decision would lead to an exodus of IT and business process management (BPM) firms from the state. Remember, Gurugram in Haryana is home to one of India’s largest concentrations of engineers after Bengaluru and Hyderabad, housing critical operations for technology giants such as Google, Microsoft, Tata Consultancy Services (TCS) and Infosys.

But the industry feels reservation in the private sector could impact productivity and efficiency. Reservation may create a workforce incapable of meeting international standards, resulting in loss in competitiveness of industries, they argue.

Reservation in public sector jobs and educational institutions was envisaged for uplifting the marginalized social groups such as the scheduled caste (SC), scheduled tribe (ST) and the other backward class (OBCs), and bridging the social inequalities. It may be a matter of debate if the reservation policy of the government met the desired results or not but it remains an undeniable fact that these social groups have faced discrimination in society for ages and have never figured prominently in the mainstream development narrative.

The marginalised social groups constitute almost three-fourth (around 9% of ST, 19% of ST and 44% of OBC) of India’s population. The poverty level among them, particularly SCs and STs, is very high compared to the upper caste (UC). According to government data, only 3 percent of the STs, 4 percent of SCs and 6 percent of OBCs are graduates as compared to 15 per cent of the UCs. So it is clear that the affirmative action of the government has failed to meet its objectives of bridging social gaps. The situation of the marginalized social groups continues to be bad, especially in rural India. For example, no one from the pastoral community of Gujjars in Rajasthan had made it to the elite civil services examinations until a few years ago. Of course, success in the CSE cannot be a yardstick to measure success of reservation policy but it surely is an indication.

These groups need to be mainstreamed – with education and with jobs. For that reservation needs to continue in jobs and education but there should be a concept of a creamy layer in SC and ST reservation also like there is for the OBCs. The SC and ST individuals who got educated and got good public sector jobs don’t need reservation for their families. We see many Meenas in Rajasthan who are in the all-India services. Why should their children continue to enjoy the benefits of reservation? Do sons and daughters of IAS or IPS officers, who benefitted from reservation, also need the benefits? Of course, no.

The National Commission for Backward Castes has earlier argued that with the number of jobs generated in the state sector shrinking steadily, for the promise of quotas in the Constitution to have any real meaning, it may be inevitable to extend it to the private sector.

Cut down on social media use 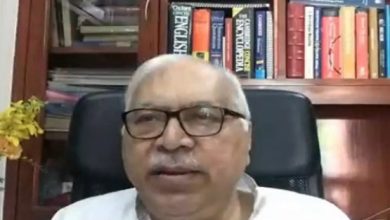 There is no better system than EVMs for fair elections: Dr. Quraishi