Last week, the Supreme Court of India expressed concern over rising cases of hate speech in the country and sharply criticised television news channels for regularly hosting discussions that allow for the expression of hatred. The bench of Justices K.M. Joseph and Hrishikesh Roy said that it is the (television) anchor’s responsibility to stop hate speech from occurring during TV discussions, noting the importance of the anchor’s position during TV debates. The bench said: “The anchor’s function is crucial. Either on mainstream television or on social media, hate speech is a problem. Most social media platforms are uncontrolled. When it comes to mainstream television channels, where we still have power, the job of the anchor is crucial because it is the anchor’s responsibility to instantly ensure that he doesn’t let someone who is spewing hate speech to continue. Unfortunately, when someone wants to speak, at times they are silenced, given little time, or even treated rudely.”

The apex court said that while television hosts permit certain guests to make venomous remarks, they prevent the opposite side from airing its opposing viewpoints by muting their microphones. “There should be free debate but you should also know where to draw the line because there is a huge influence particularly with the visual media… they produce a very serious effect on your brain. The freedom is (also) for the listener. The freedom of speech is actually for the benefit of the listener. How would the listener ever make up his mind after listening to a debate where it is just a babble of voice, you cannot even make out what is happening,” the bench observed.

The bench was hearing a clutch of eleven writ petitions seeking directions to regulate hate speech. The petitions include those against the ‘UPSC Jihad’ show aired by Sudarshan News TV and against the speeches made at Dharam Sansad meetings.

As the cases of hate speech rise in India, the country’s legal system grapples with the lack of a proper definition of the term and specific laws to deal with it. The Law Commission of India made an attempt to plug this loophole in its 267th report on hate speech submitted to the Union Government on March 23, 2017. The commission defined hate speech as “an incitement to hatred primarily against a group of persons defined in terms of race, ethnicity, gender, sexual orientation, religious belief and the like (sections 153A, 295A read with section 298 IPC)”.

Thus, hate speech is any word written or spoken, signs, visible representations within the hearing or sight of a person with the intention to cause fear or alarm, or incitement to violence.

The Supreme Court directed the Central government to respond to the law commission’s recommendations within two weeks, observing that the bench will look at the present law’s insufficiency to effectively address hate speech. Currently, hate speech provisions are found in three different chapters of the IPC, “Of Offences Relating to Religion”, “Of Offences Against the Public Tranquillity” and “Of Criminal Intimidation, Insult and Annoyance”. Section 295A, IPC was enacted to specifically target speech that intended to outrage religious feelings by insulting religion or religious beliefs. But it appears that these laws have proved to be insufficient in curbing hate speech. In view of this, it appears likely that the menace can be tackled only by bringing new provisions in the existing laws with a specific aim to handle hate speech. 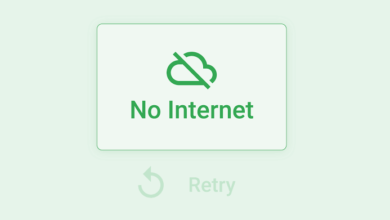 Ban on e-cigarette in India will save many lives

How India honours its top civilians