It’s been more than eight months since India went into a lockdown to prevent the spread of coronavirus disease (Covid-19). During the complete lockdown and before the country began to unlock, people were confined to their homes and took refuge to digital technology to entertain themselves or simple pass time. For working people, offices were closed; for daily-wage labourers, there was no work; schools and colleges were closed for students and teachers; business activities came to a naught, barring, of course, the sale of hand sanitisers and face masks. There was nothing that people could do except spend more time with family, sleep more and spend more time on screens – television, laptop, mobile phone and so on. A study has found out that use of Twitter increased by 24% and that of Facebook, by 27% during the Covid-19 pandemic.

The increase in use of social media on platforms such as Facebook, Twitter, Reddit, Instagram and Snapchat has led to the debate about how much is too much on social media. There have been several studies on use of social media and its impact on mental health in the part; some recent studies have flagged the issue of mental health. A recent research in the US has linked the time spent on social networks and rising risk of depression, especially in adults between 18 and 30 years.

The study published in American Journal of Preventive Medicine was conducted on 1,000 adults and found that people who spent more than five hours a day on social media were 2.8 times more likely to become depressed within six months than those who used the platform for a lesser amount of time.

An earlier study, published in Journal of Clinical and Social Psychology, said social media addiction was directly related to anxiety and depression. It said that increased use of these platforms leads to excess release of cortisol and adrenaline, two hormones linked to anxiety. The Harvard Medical School has found in a third study that if a person becomes too engrossed on a screen, the rate of batting of eyelids decreases by 70%, which could lead to drying of eyes. That’s a health problem but more studies have focused on mental health disorders resulting from excessive use of social media.

When we spend more time on screens, we lose on in-person relationships, personal and professional goals. The social media makes us unsocial as we remained glued to screens, peering at positive aspects of people, comparing ourselves with them and feeling inferior. It hits out self-esteem. On the other hand, if a post gets traction – likes, RTs, shares etc. – people develop a false sense of superiority, which, like any addiction, gives them a kick that soon dissipates. We may have hundreds of thousands of ‘friends’ or ‘followers’ on social media but may not have even a few friends who may turn up in times of need. Social media is a virtual world where everyone is trying to impress everyone, masking their real self. The pandemic-induced lockdown and quarantine brought us closer to our families and friends. Many of us realized that it was more important to have real friends than virtual ones. In some households, re-telecast of epics Ramanayan and Mahabharat brought people closer to their cultural value system and ethos. People suddenly realized why it was important to spend time with each other in families and why family should take preference over everything else. Men indulged in cooking, children pulled out ludo and snake-and-ladder games from cupboards, and families where grandparents lived got together to listen to old tales related to their ancestors and relatives.

But there were still people who continued to draw their highs and lows from the social media platforms, which brings us to the moot point – how much is too much on social media?

In view of the results of studies that linked social media use with mental health issues, it is important to note that we need to ration time spent on these platforms. Experts suggest some measures to kill the social media addiction. They said we should keep some dedicated time every day for using social media and keep our mobile phones out of the bedrooms so that the device is the not the first thing we check on waking up. Some other experts suggest uninstalling social media apps from mobile phones and checking the platform only on a PC or a laptop. This, they say, will reduce our screen time.

As we pass into 2021, let’s take a pledge to cut down on our social media time and prevent ourselves from depression and anxiety.

Facebook may lose Insta, WhatsApp Facebook is facing several lawsuits in the US for buying up the competition to maintain its monopoly and the lawsuits are demanding its break-up. The US Federal Trade Commission (FTC) and lawmakers from 46 American states have accused Facebook of illegally acquiring companies to remove competition. The social media giant bought Instagram in 2012 and WhatsApp in 2014. Lawsuits have cited Facebook CEO Mark Zuckerberg’s email from 2008 in which he said, “It’s better to buy than compete.” The FTC is seeking a district court to force Facebook to sell parts of its businesses, get regulatory approval for all future deals and lift restrictions on third-party developers. It specifically wants the acquisitions of Instagram and WhatsApp to be declared illegal for violating anti-trust laws. It’s going to be a long court battle – Facebook won’t yield easily. It has remain unaffected by FTC’s two-year-old investigation. Facebook has said in its defence that the FTC investigation had cleared acquisitions of Insta and WhatsApp and adds that the two products would not have grown so big without its investment. Facebook said it still has competition in form of Twitter, TikTok and Snap. If Facebook loses Instagram and WhatsApp, Google, Amazon and Apple could also face anti-trust proceedings as these are also undisputed leaders of their fields.
Most searched, most Tweeted Google released a list of most searched topics in 2020 earlier this month. Indian Premier League (IPL) was the most searched, followed by coronavirus that wreaked havoc across the world this year. Deceased actor Sushant Singh Rajput’s last film, Dil Bechara, was also searched the most among entertainment topics and several people searched for how to make cottage cheese at home. According to a report released by micro-blogging site, Twitter, US President Donald Trump was tweeted the most in 2020, followed by his successor Joe Biden. Prime Minister Narendra Modi also features among the top 10 people tweeted this year. US vice president Kamala Harris is the only woman in the list. The hashtag used most number of times this year was, no guesses please, #Covid-19. #StayHome was among the top three trending hashtags, indicating that people were more concerned about the pandemic than cricket on Twitter.
Tags
social media
Show More
Share
Facebook Twitter LinkedIn Reddit WhatsApp Share via Email

Management of vaccine should be excellent similar to COVID-19: CM 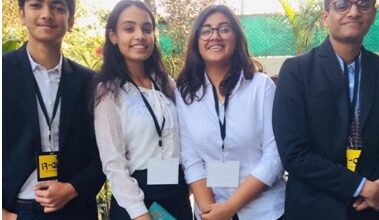