The Rajasthan government is committed to provide a fair opportunity to fulfil the dreams of the youth, as every youth wants to have a good future, said chief minister Ashok Gehlot.

Addressing a programme organised on the two-day job fair at Birla Auditorium in Jaipur, he said the government has given 1.25 lakh jobs, while the recruitment process for 1.25 lakh posts is on and it has been announced to give 1 lakh jobs.

He said that it is because of the state government’s policies that employment opportunities are being created continuously. As registration was more in the mega job fair therefore it was organised for two days. Youth are being selected on a merit basis for jobs in this job fair and offer letters are being given on the spot. He said that it is the responsibility of the state government to provide employment opportunities to youth and similar kinds of job fairs will be organised in each district of the state.

Gehlot also met the youth who got jobs at the mega fair and wishing them success boosted their morale. An MoU was also signed with the representatives of renowned companies to create 30,000 jobs in the private sector. Around 43,000 youth registered for this mega job fair. More than 60 private companies from 17 different sectors interviewed youth to fill around 10,000 vacancies. Rajasthan is continuously progressing in the field of creating jobs. Due to the policies of the state government, MoUs of Rs 11 lakh crore were signed with investors across the country in Invest Rajasthan Summit. Besides this, the state government brought the MSME Act to encourage small industries. The state government along with giving jobs in the government sector is also working to create more and more employment in the private sector also.

The chief minister said that the present era is of Information and Technology (IT). Today 600 services are being provided online to the public through around 80,000 e-mitra kiosks. The poor are being benefitted by directly depositing the amount in their account through Director Benefit Transfer (DBT). An arrangement of online approval has been made to take benefit of various schemes. The IT is playing an important role in providing transparent good governance to the general public.

The chief minister said that youth are moving ahead in every sector and this time the government had presented a separate budget for agriculture and the next budget will be dedicated to youth and students, for which suggestions have been invited from people and youth. More than 20,000 people have sent their suggestions so far. 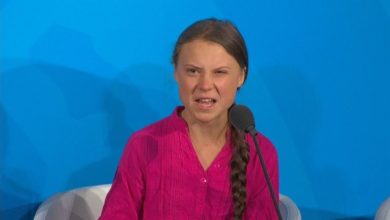 The gap between Politicians and Youth

A Pandora’s box of reservation

The legacy of six blockbuster seasons continues with ChaT ’19