Rajasthan is on the top in the country with 88% of the people having health insurance. According to National Family Health Survey-5 (2019-21) Health Insurance Coverage of Households in Rajasthan is 88%, while it is 41% in India. The survey states that 88% of households with at least one member are covered by a health scheme or health insurance. In NFHS-4 (2015-16), the Health Insurance Coverage of Households in Rajasthan was 19% and it was 29% in India.

Rajasthan Chief Minister Ashok Gehlot launched the Mukhyamantri Chiranjeevi Swasthya Bima Yojna on May 1, 2021, under Universal Health Coverage and this scheme has benefitted more than 12.69 lakh people of Rajasthan since its launch.

This scheme was launched at a time when the entire nation was struggling with the second wave of the COVID pandemic and this cashless treatment facility has helped many people to reduce their treatment expenditure to some extent. More than 1.35 crore families are registered with this health insurance scheme which is nearly 80% of the state population.

The scheme was started with an annual insurance cover of up to Rs 5 lakh per annum, which was increased to Rs 10 lakh in May 2022. The scheme is free for those covered under the National Food Security Act, families eligible in Socio-Economic Caste Census (SECC-2011), contractual workers (all departments/boards/corporations/government companies), COVID-19 Ex-Gratia and Small and Marginal Farmers. Others who do not fall in these categories will have to pay a premium as low as Rs 850 per family due to which this scheme is acclaimed as the most affordable health policy.

The state government is giving top priority to health. The outdoor and indoor patient department services in all the government health facilities are totally free for the people of Rajasthan. Even medicines and tests are free at the government hospitals and health centres. The state government has prepared the draft bill of Right to Health, which will be introduced soon in the assembly. It is to be mentioned that Rajasthan is the first state in the country to come up with the Right to Health. This law defines the rights of patients, their caretakers, grievance redressal mechanisms and others. Gehlot during the assembly elections in 2018 had promised to introduce the Right to Health law for the people of Rajasthan.

Recently, Gehlot has approved Rs 117 crore to be spent in expanding facilities in Mahila Chikitsalaya situated at Sanganeri Gate in Jaipur. A 500-bed IPD (Indoor Patient Department) tower will be constructed at the Mahila Chikitsalaya at a cost of Rs 85.57 crore and a new 100-room postgraduate hostel at a cost of Rs 21.43 crore. Medical equipment worth about Rs 10 crore will also be purchased. As per the proposal, a 50-bed ICU, 6 modular OTs and underground parking will also be constructed as part of the IPD tower. Besides this, a 116-metre high world-class IPD tower and other medical facilities are under construction in Sawai Mansingh Hospital premises in Jaipur. The total project cost would be around Rs 588 crore. With its construction, a facility of 1,200 beds will be added simultaneously. 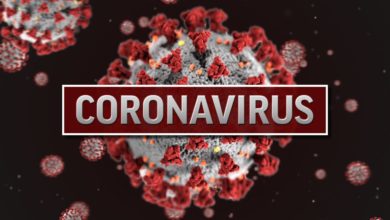 Fight the Fear with Fortitude

Lung cancer can be diagnosed at initial stage with certain symptoms

Hold on to hopes; never fall victim to temporary sufferings

Latest technique to restore your smile