The Polo team based in Jaipur has created history this season by winning 19 tournaments out of the 24 tournaments played so far as part of the Indian Polo Association polo calendar 2019-20. No other team in Indian Polo History has this success rate. The team won both the open tournaments played this season and had the distinct privilege of winning most of the leading tournaments at Delhi, Jaipur and Jodhpur. This was informed by the co-owner and promoter of the Champion Polo Team 2019-20 Vikram Rathore at a press conference.

Rathore further said that the only other team that comes close in terms of performance and results to this team is the famous “Jaipur Tigers” led by His Late Maharaja Sawai Man Singh of Jaipur in 1932-33 polo season where the team won most of the leading Polo Tournaments.

It is noteworthy that Maharaja Sawai Man Singh’s great grandson, Padmanabh Singh is the captain of the Sahara Warriors & Rajnigandha Achievers team which has set this new record after 90 years. The team will be playing 3 more tournaments in Mumbai from 9 March to 29 March.

This Polo team is co-owned and promoted by Parul Rai from Delhi and Vikram Rathore from Jaipur. They have been fielding teams in all tournaments at Delhi, Jaipur & Jodhpur for the last eight years. In their endeavours to promote and popularise polo they have given opportunities, exposure and help with better quality imported horses and polo infrastructure to some of the future stars of Indian Polo including Padmanabh Singh, Kuldeep Singh Rathore, Vandit Golecha, RK Janmejai Singh, RK Kartikeya Singh ( all from Rajasthan ), Siddhant Sharma, Hurr Ali, Ravinder Mang etc to name a few. 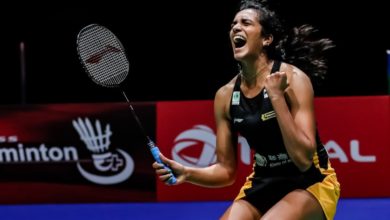 Finally, on top of world and jinx broken!